Originally optainable for about $2700 new, today a totally restored 1971 Duster 340's value hovers around $24,000 (according to Hagerty), however we have seen them sell for $30-$40k . But way, way back in 1984, this Plymouth was not considered a collector car. It was, however, cool enough to make it on one of the aptly named, "The Cars", album covers. As Michael and I were both teenagers in the late '70s and early '80s (and who didn't listen to their music), I felt this cover had to be included.  — Linda   (The Cars - Heartbeat City): 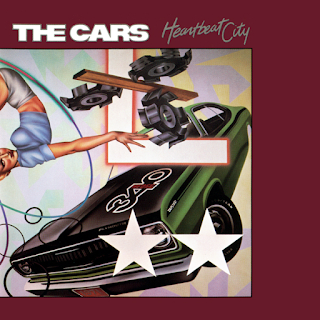