Since this album was released in late 1964, it doesn't really fall into the same category as the previous covers we've featured, which are mostly modern bands utilizing today's collector cars for that real "wow" factor. But with the blue '65 Chevrolet Corvette and a 1964 Pontiac GTO in such prominent display, I just couldn't resist making this cover #9! — Linda   (Beach Boys - Shutdown vol. 2) 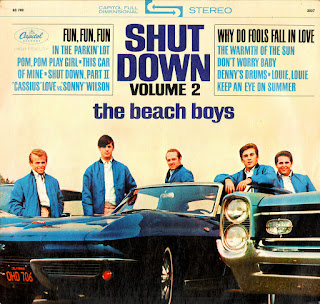